Can infection cause high ferritin levels? 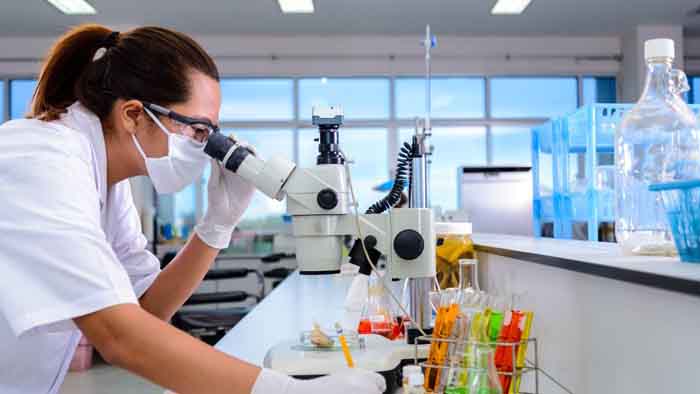 Ferritin is an iron-storing protein. Its levels usually go up or down depending on how much iron is in the body. However, ferritin also increases with inflammation, irrespective of iron levels.

Iron has many important roles in our bodies. For example, it’s critical for making red blood cells and it’s needed for muscle and heart cells to produce energy. However, iron by itself can be toxic, primarily because it produces free radicals that cause damage to cells and tissues. For this reason, the body uses special proteins like ferritin to safely store and transport iron to where it is needed.

Blood ferritin is an indirect indicator of the total amount of iron stored in the body. Low ferritin levels signal that the body’s iron stores are low. Higher levels, on the other hand, may indicate that you have a condition that causes the body to store too much iron.

However, ferritin also plays a role in the immune response, and increases in conditions such as chronic inflammation, infections, and cancer, irrespective of iron levels.

Ferritin is normally high at birth. Ferritin levels rise during the first two months of age and then fall until the end of the first year of life, i.e. later infancy. At about one year of age, ferritin levels begin to rise again.

See also  What should I eat if my ferritin is high?

However, these values vary across laboratories, due to differences in equipment, techniques, and chemicals used.

Why does inflammation matter?

Typically, hepcidin levels are increased when there is a high level of circulating iron. This reduces the absorption of iron from the diet, reduces the amount of recycled iron released into the system, and converts more iron into the storage form, ferritin. All of this helps to protect the body from iron overload.

See also  How can I lower my ferritin levels naturally and quickly?

The conditions listed below have been associated with higher ferritin levels. Some of these associations are causal while others are not. The list below is by no means exhaustive.

If your ferritin is high it doesn’t mean you have any of the below-listed conditions! Work with your doctor or another health care professional to get an accurate diagnosis.

Ferritin is an acute-phase reactant and a marker of acute and chronic inflammation. It is elevated in a wide range of inflammatory conditions, including chronic kidney disease, rheumatoid arthritis, other autoimmune disorders, acute infections, and cancer.

Anemia of chronic disease is the most frequent anemia in hospitalized patients. It develops in people suffering from diseases in which there is chronic activation of cell-mediated immunity, such as chronic infections, immune-mediated inflammatory disorders, or malignancy. It’s characterized by the presence of low iron, but increased blood levels of ferritin.

See also  Can high ferritin levels be caused by diet?

The elevated ferritin in these states reflects increased total body iron stores, but paradoxically, these stores are sequestered and not available for red blood cell production. This contributes to the development of anemia.

Ferritin is elevated in many types of cancer, primarily due to inflammation. However, some cancers can also be associated with low levels of ferritin, such as colon cancer.

Studies have shown that ferritin is higher in people with Graves’ disease and that it can decrease back to normal when normal thyroid function is achieved by antithyroid drug therapy.

Genetic mutations in the hemochromatosis gene (HFE) are the most common genetic cause of elevated ferritin levels and are usually seen in people with northern European ancestry.