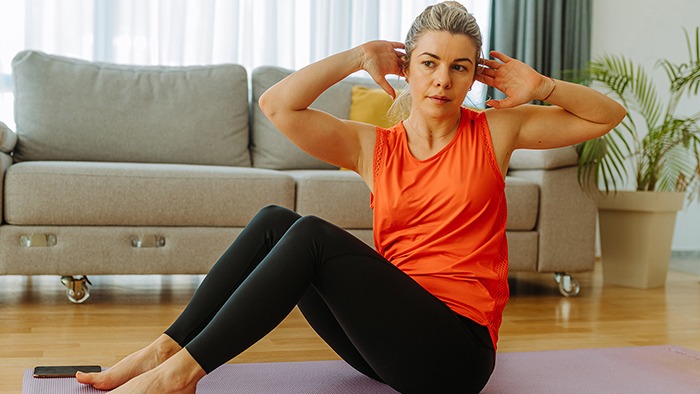 Moderate to high-intensity workouts are highly recommended, because when you exercise – your body produces more hemoglobin to meet the increasing demand for oxygen throughout the body.

Over 99% of the particles in the blood are cells called red blood cells (RBCs), or erythrocytes, due to their red color. Red blood cells look like a disc with indentations in the middle so they can bend easily to squeeze through narrow blood vessels.

In tiny blood vessels in the lungs, RBCs pick up oxygen from inhaled air and transport it through the bloodstream to all parts of the body.

Our cells need oxygen to function and make energy. At the same time, carbon dioxide is released as a waste product from the breakdown of carbohydrates and fats for energy. The RBCs pick up the carbon dioxide and transport it back to the lungs. There we exhale it when we breathe out.

What do red blood cells do during exercise?

During exercise, the cardiovascular system has to warrant substrate supply to working muscle. The main function of red blood cells in exercise is the transport of O2 from the lungs to the tissues and the delivery of metabolically produced CO2 to the lungs for expiration.

See also  How to decrease Your Red Blood Cell Count?

A high red blood cell volume facilitates high oxygen transport to the active skeletal muscles by facilitating a high cardiac output. A higher volume of red blood cells equals higher athletic performance. Consequently, the improvement of hemoglobin mass has such a prominent role in the training of high-performance athletes.

There is a phenomenon known as foot-strike hemolysis (more appropriately named exertional hemolysis) in which red blood cells are destroyed during exercise.

A study demonstrated that a brisk walk for even 30 minutes has some positive influence on blood parameters. Hemoglobin concentration, Leukocyte Count, and Neutrophil percentage were increased significantly (p<0.05) while lymphocyte was decreased.

See also  Why is RBC Count Less in females?

Can exercise affect your iron levels?

Exercise, particularly high intensity and endurance types, increases iron losses by as much as 70% when compared to sedentary populations. Athletes lose more iron due to heavy sweating as well as increased blood loss in the urine and GI tract. Red blood cells also break down more quickly in those who exercise.

How does exercise increase hemoglobin?

Having an iron deficiency, or in severe cases, anemia can be detrimental to athletic performance and overall health. It limits the body’s capacity to carry and deliver oxygen, thus stunting potential maximal oxygen uptake (VO2max), or work capacity.

The effect of jogging exercise to improve hemoglobin levels

See also  What is RBC in the Blood?